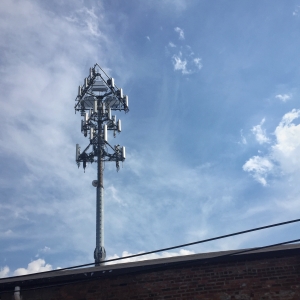 IMSI Catchers enable state agencies to intercept communications from mobile devices and are used primarily to identify otherwise anonymous individuals associated with a mobile device or to track them. These devices are also referred to as ‘cell site simulators’, ‘mobile device identifiers’, and ‘digital analyzers’, as well as by the brandnames such as ’Stingray’, DRTBox’, and ‘Hailstorm’. These surveillance devices are not new – their use by state agencies spans decades. However, the ubiquity of the mobile communications devices in modern day life, coupled with the plummeting cost of IMSI Catchers, has led to a substantial increase in the frequency and scope of IMSI Catcher use by government and non-government agents alike. The devices pose a serious threat to privacy given that they are highly intrusive, surreptitious, and subject to limited controls in relation to their licit and illicit sale or operation.

One of the challenges with understanding the current policy landscape around IMSI Catchers in Canada stems from different government agencies’ deliberate efforts to prevent the public from learning about whether agencies use such devices. Journalists and academics have tried to determine whether and how the devices are used over the course of approximately a decade; this means that information concerning their operation has unfolded over a significant length of time. Without a centralized resource to curate the successes and failures of these investigations it is often challenging for non-experts to understand the full context and history of IMSI Catchers’ operation in Canada.

Only recently have journalists, advocacy groups, and academics in North America learned about how their respective governments have historically, and presently, operated IMSI Catchers. Such revelations began around four years ago in the United States and within the past year and a half in Canada. Such revelations are the culmination of extensive preparatory work: though news articles and research reports appear more frequently, now, their existence today is predicated on the hidden labour that took place over the prior years.

For Canadians, the release of select court documents enabled more informed analysis of how these devices were used by federal, provincial, and municipal agencies. Such information was drawn on to prepare a report on IMSI Catchers that I wrote with Tamir Israel last year, in which we canvassed, collated, and analyzed what was technically understood about how IMSI Catchers operate, as well as the challenges Canadians have faced using freedom of information request to learn more about the technology. That report also included legal analyses of different ways of authorizing the devices’ operation and the Charter implications of their operation. Furthermore, in recent weeks the RCMP finally admitted to the public that it has used IMSI Catchers after previously claiming that any revelation of whether and how they used the devices would infringe on national security or ongoing investigations. Many other agencies have since followed suit, also informing the public whether they possess and operate IMSI Catchers in the course of their investigations.

To help interested members of the public, journalists, advocacy and activist groups, and fellow academics, I have collated a list of IMSI Catcher-related resources that pertain to the Canadian situation. This listing includes the most important primary and secondary documents to read to understand the state of play in Canada. Some of the resources are produced by academics and technologists, some focus on technology or policy or law, and others encompass the major news stories that have trickled out about IMSI Catchers over the past several years. If you believe that I have missed any major documents feel free to contact me. 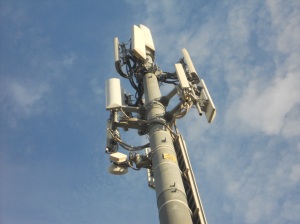 On October 14, 2015 the Pivot Legal Society in British Columbia filed a complaint with the Office of the Information and Privacy Commissioner (OIPC) of British Columbia concerning the Vancouver Police Department’s (VPD) refusal to disclose any documents concerning the department’s use of IMSI Catchers. IMSI Catchers, also known as Cell Site Simulators or Mobile Device Identifiers, are designed to impersonate cellular telecommunications towers. The devices are used to collect identifiers and potentially content transmitted from mobile phones in the device’s vicinity. In response to Pivot Legal Society’s complain Tamir Israel (from CIPPIC) l and I intervened on behalf of Open Media to argue that VPD ought to be compelled to disclose documents they possessed concerning their use of IMSI Catchers.

Our intervention begins by outlining how IMSI Catchers technically function. Next, we demonstrate how the test for investigative necessity advanced by VPD simply does not apply to responsive records in light of the significant general information regarding IMSI Catcher use. Finally, we argue that even if disclosure of responsive records will, to some degree, undermine the utility of IMSI Catchers as an investigative tool, disclosure must still occur. Confirmation of IMSI Catcher use is a necessary precursor to informed public debate and to the proper legal constraint of an invasive surveillance tool and is therefore in the public interest.

The issue of lawful access has repeatedly arisen on the Canadian federal agenda. Every time that the legislation has been introduced Canadians have opposed the notion of authorities gaining warrantless access to subscriber data, to the point where the most recent version of the lawful access legislation dropped this provision. It would seem, however, that the real motivation for dropping the provision may follow from the facts on the ground: Canadian authorities already routinely and massively collect subscriber data without significant pushback by Canada’s service providers. And whereas the prior iteration of the lawful access legislation (i.e. C–30) would have required authorities to report on their access to this data the current iteration of the legislation (i.e. C–13) lacks this accountability safeguard.

In March 2014, MP Charmaine Borg received responses from federal agencies (.pdf) concerning the agencies’ requests for subscriber-related information from telecommunications service providers (TSPs). Those responses demonstrate extensive and unaccountable federal government surveillance of Canadians. I begin this post by discussing the political significance of MP Borg’s questions and then proceed to granularly identify major findings from the federal agencies’ respective responses. After providing these empirical details and discussing their significance, I conclude by arguing that the ‘subscriber information loophole’ urgently needs to be closed and that federal agencies must be made accountable to their masters, the Canadian public.

END_OF_DOCUMENT_TOKEN_TO_BE_REPLACED

[Note – I preface this with the following: I am not a lawyer, and what follows is a non-lawyer’s ruminations of how the Supreme Court’s thoughts on reasonable expectations to privacy intersect with what deep packet inspection (DPI) can potentially do. This is not meant to be a detailed examination of particular network appliances with particular characteristics, but much, much more general in nature.]

Whereas Kyllo v. United States saw the US Supreme Court assert  that thermal-imaging devices, when directed towards citizens’ homes, did constitute an invasion of citizens’ privacy, the corresponding Canadian case (R. v. Tessling) saw the Supreme Court assert that RCMP thermal imaging devices did not violate Canadians’ Section 8 Chart rights (“Everyone has the right to be secure against unreasonable search or seizure”). The Court’s conclusions emphasized information privacy interests at the expense of normative expectations – thermal information, on its own, was practically ‘meaningless’ – which has led Ian Kerr and Jena McGill to worry that informational understandings of privacy invoke: